During Year 1 of this Consortium for Estuarine Ecoindicator Research for the Gulf of Mexico (CEER-GOM) project, Pensacola Bay was studied using satellite, close-range hyperspectral, and water sampling data. The primary objectives of this research project are to study the spatio-temporal relationship between remote sensing data, chlorophyll-a, and turbidity. In collaboration with the Gulf Ecology Division (GED), we collected spectral signature data at 16 sampling sites over four monthly periods. These data were successfully linked with chlorophyll-a and other water quality parameters measured by GED. On the satellite data selection and processing, images that match the water sampling cruises were unavailable due to cloud cover. Satellite images were processed using spectral clustering technique and cross-validated using data from a concurrent water sampling cruise.

Study Area and Field Data Collection. The study area for Project Year 1 of the project is Pensacola Bay. All close-range hyperspectral data collections were conducted in collaboration with the GED of the U.S. Environmental Protection Agency. GED has set up 16 sampling sites along Escambia Bay, East Bay, and Pensacola Bay. The GED's monthly samplings include 23 water quality parameters. Spectral data was collected along with GED's water sampling cruises on March 6, May 14 and 15, June 4, 5, and 12, and August 27 and 28. Spectral signatures derived were correlated with chlorophyll-a, Secchi disk, and total suspended solids (TSS), which allows the establishment of the relationship between the two groups of data. This also has become the basis for analyzing and classifying the satellite imagery.

Satellite Data Selection and Processing. Three types of remotely sensed satellite data were focused on the process of satellite data selection: ETM+, Advanced Spaceborne Thermal Emission and Reflection Radiometer (ASTER), and Moderate Resolution Imaging Spectroradiometer (MODIS). The former is from National Aeronautics and Space Administration's (NASA's) Landsat 7 satellite and the latter are from the Terra satellites and Earth Observing System (EOS) ASTER data. In 2002, there were 23 ETM+ overpasses for Pensacola (Path: 20/Row: 39). There were only three scenes that were virtually usable (cloud-free on the bay area). Two of them (April 12 and May 20) have been ordered and processed. The third one (November 28) is being ordered. However, none of them matched the GED's water sampling dates. There were 30 ASTER images downloaded from National Aeronautics and Space Administration's (NASA) Extremely Reliable Operating System (EROS) Data Center EOS data gateway of U.S. Geological Survey. They cover most of the drainage basin area of Pensacola Bay. Although the spatial resolutions of some ASTER bands are higher in comparison to ETM+, most of these images contain more than 10 percent clouds. The MODIS data are relatively lower in spatial resolution, but contain specific products for phytoplankton and ocean colors. From the MODIS data downloaded thus far, it seemed very useful to indicate the overall water quality for the entire Gulf of Mexico. Figure 1 shows 20 spectral clusters created using unsupervised classification. These spectral clusters are associated with water colors, which are decided by number of water quality parameters including chlorophyll-a. 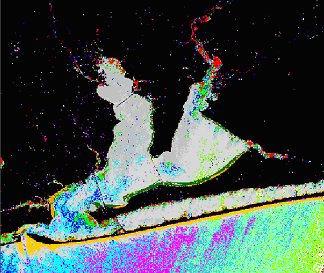 Establish the Relationship Between In Situ Chlorophyll-a Measures and Image Signature. The spectral signature has been correlated with the chlorophyll-a concentration. It has been found that the first derivatives of spectral reflectance are effective indicators of chlorophyll-a (see Figure 2). 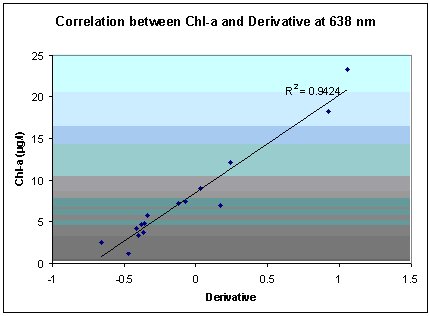 Figure 2. Correlation Between Chlorophyll-a and Derivative at 638 nm

Estimate Chlorophyll-a for Three Estuaries and Analyze its Spatio-Temporal Pattern. Because Pensacola Bay was the only area selected to study in 2002, the spatio-temporal pattern also has been investigated only for that estuary (see Figures 3 and 4). The higher concentrations of the chlorophyll-a at sampling sites closer to the river mouth of Escambia River (P1, P2…) were clearly indicated by the pronounced spectral signatures (A, B, C, and D). 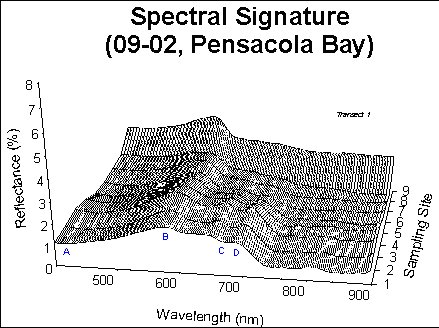 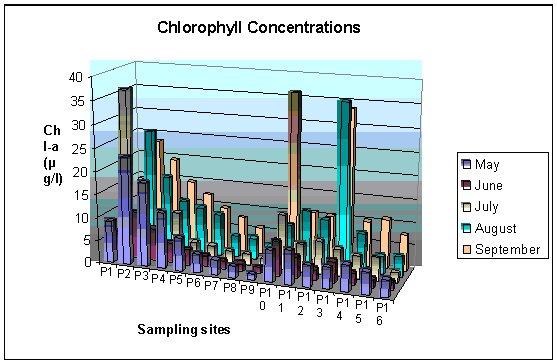 Figure 4. Chlorophyll Concentrations at the Sampling Sites From May-September 2002

Establish the Relationship Between In Situ Water Turbidity Measure and Image Signature. Turbidity was indicated using Secchi depth and TSS (see Figures 5 and 6). Both were found optically active and remotely measurable. The first derivatives of the spectral reflectance have strong associations with the Secchi depth and TSS. 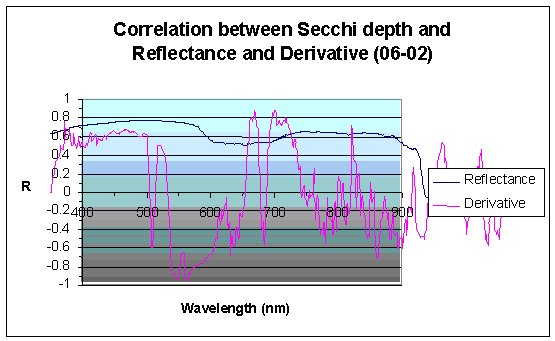 Figure 5. Correlation Between Secchi Depth and Reflectance and Derivative, June 2002 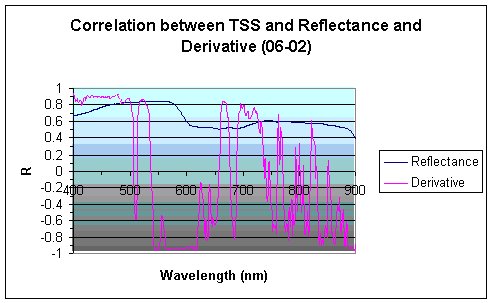 Figure 6. Correlation Between TSS and Reflectance and Derivative, June 2002

Estimate Turbidity for Three Estuaries and Analyze its Spatio-Temporal Pattern. This was analyzed for the Pensacola Bay area only.

Although the spatio-temporal relationship between the spectral signature and chlorophyll-a, Secchi depth, and TSS was intensively investigated for the Pensacola Bay area, the satellite data have not been fully utilized due to the cloud cover and logistic difficulty in matching the dates with water sampling.

No journal articles submitted with this report: View all 8 publications for this subproject