This year, we used supplementary Hamner funds to carry out a ChIP-seq study of genome-wide PPARα binding in primary human hepatocytes to supplement our gene expression studies in the same cell type. These two data sets were combined into a regulatory network as per the workflow devised in the previous year. This work, combined with downstream functional analysis of perturbed physiological processes, was written up into a manuscript, and submitted for publication in Chemico-Biological Interactions (subsequently accepted and published in 2014). It was also presented as a poster at the 2013 SOT Annual Meeting.

We applied the same workflow to TCDD-induced gene expression data from mouse hepatic tissue and a ChIP-chip study of genome-wide Ah receptor (AhR) binding in mouse liver, published by Tim Zacharewski’s laboratory at Michigan State University, to assemble an in vivo AhR regulatory network for the mouse liver (Figure 1).

The first step towards implementing a liver model in CompuCell3D was taken by creating a two-dimensional section of a virtual liver lobule with a modified cluster aggregation algorithm in Python, which was then incorporated into CompuCell3D (Figure 2). In subsequent steps, a simplified model of the AhR regulatory network will be incorporated into hepatocytes in the CompuCell3D model. 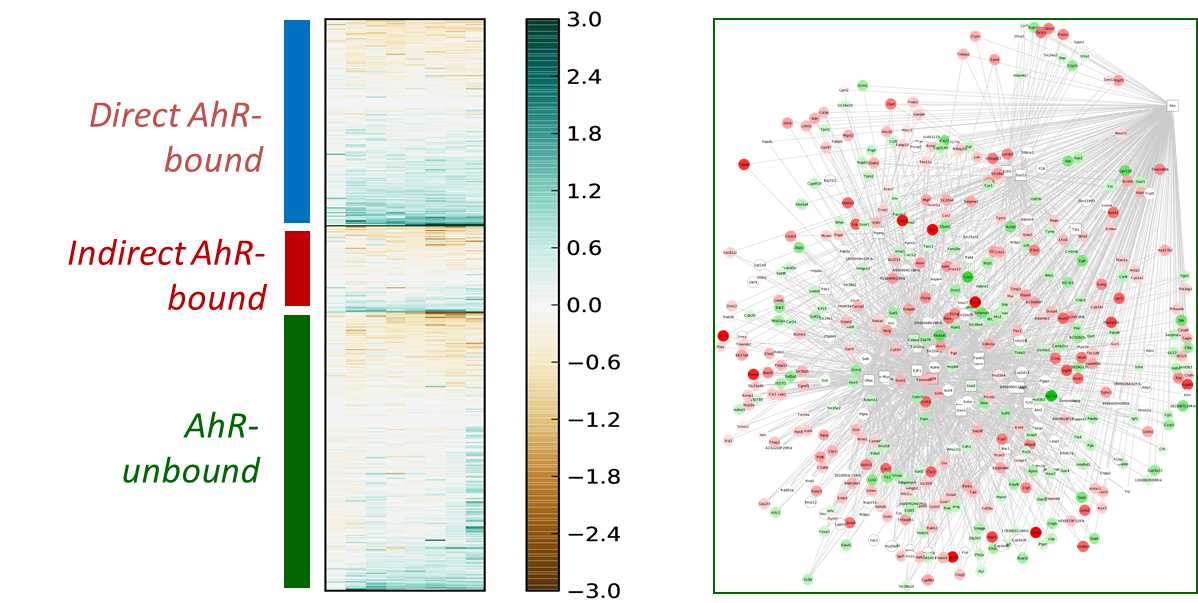