In the second year of the grant, we made further progress on integration of genome-wide data sets into computable networks, and downstream functional analysis of these data sets. A workflow was devised for integration of gene expression and ChIP (chromatin immunoprecipitation) data sets into a transcription regulatory network (Figure 1). This workflow was applied to our PPARα data set in primary human hepatocytes to derive the regulatory network for PPARα, on which gene expression data was superposed to characterize network concentration-response (Figure 2). Subsequently, the pathways activated by the PPARα regulatory network were characterized by visualizing the hierarchy of gene ontology (GO) categories enriched among the differentially expressed genes (Figure 3).

This work was presented at multiple meetings: the SOT Annual Meeting, the NC SOT Spring meeting, and the Summer Symposium in Molecular Biology (on Xenobiotic Receptors) at Penn State University. Our group at The Hamner Institutes hosted a workshop on "Developing Multi–Scale, Multi–Cell Biological Simulations with CompuCell3D and SBW," July 30-August 3, 2012, taught by the our fellow STAR grantees at Indiana University. This workshop introduced the Hamner group to multicellular modeling with SBW and CompuCell3D, following which we decided to implement our model of AhR pathway activation in the liver lobule in this simulation environment. This would also help with collaborative model development with our colleagues at Indiana and the EPA virtual tissues group, who are already using CompuCell3D.

We also published a review article on modeling drug- and chemical- induced hepatotoxicity with systems biology approaches in Frontiers in Physiology, as well as a review book chapter. 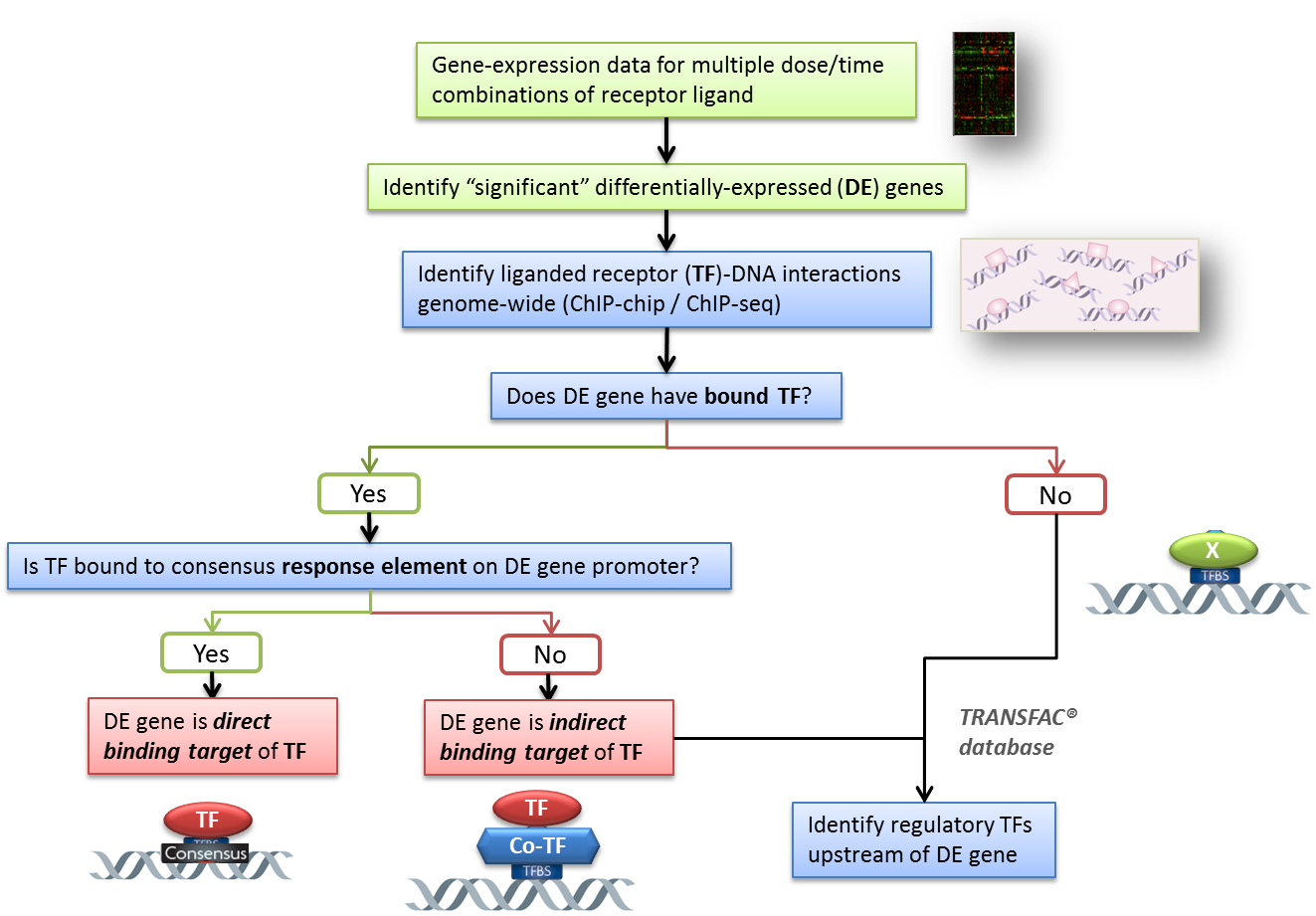 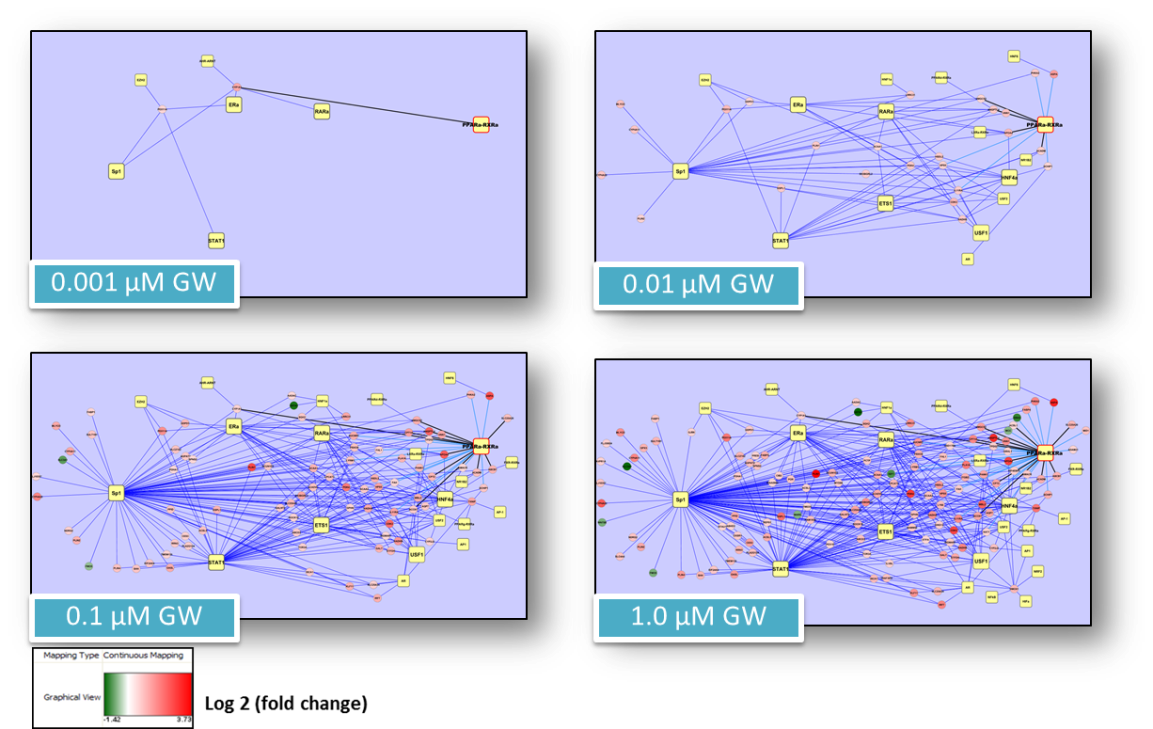 Figure 2. (A) The PPARα transcription regulatory network derived from the workflow presented in Figure 1. (B) Gene expression data overlaid on the network in (A) to characterize network concentration-response. 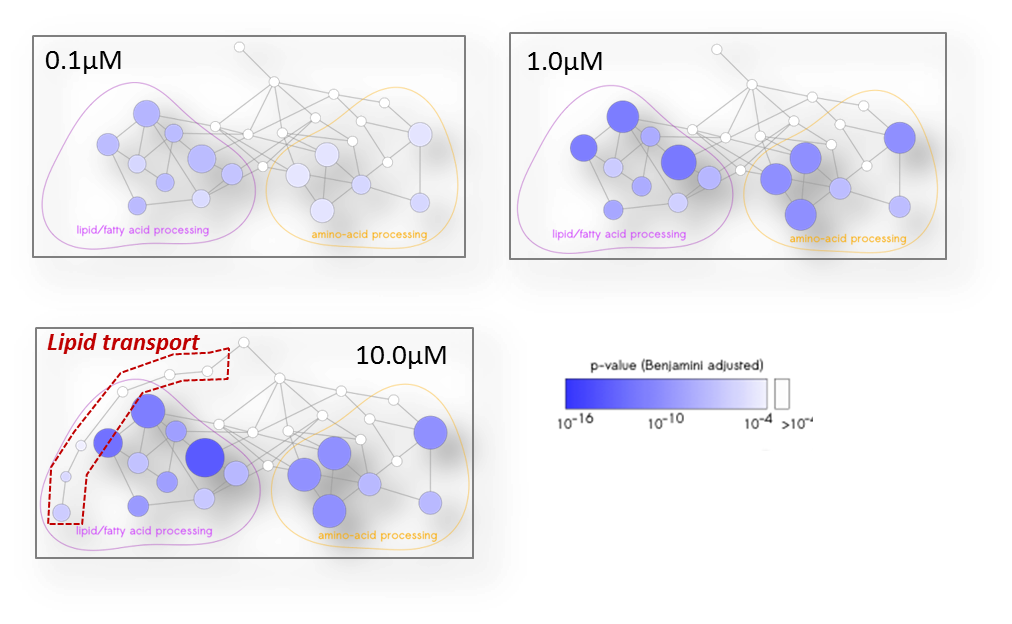 Figure 3. (A) Gene ontology (GO) categories enriched in the PPARα regulatory network. (B) Response of GO categories with increasing concentration of PPARα ligand.