This research investigated the mechanistic links between ambient particles and health effects. This objective included two goals: (1) understanding the metabolic response of tissue and organs when they are exposed to particulate pollutants, and (2) understanding the characteristics of the particulate pollutants and their gaseous co-pollutants that elicit these responses. Five center projects investigated the metabolic response to pollutant exposure in pulmonary and cardiovascular tissues, whole animal effects of exposure, transport of particles from the airways to other tissues, and the effects of particles and gases on lung development in juveniles.

Both field and laboratory studies were performed. The field studies took place in the San Joaquin Valley of California, one of the worst violators of the National Ambient Air Quality Standards for particulate matter. UC Davis is located at the northern end of the San Joaquin Valley which facilitated this work. The laboratory studies at UC Davis examined the effects of particles from ambient sources and laboratory-generated particles with carefully controlled properties that model ambient ones or those from dominant sources. The research team was composed of physiologists, toxicologists, chemists, and engineers who already collaborate on air pollution studies in the UC Davis Air Quality Research Center. The SAHERC researchers investigated a complementary set of hypotheses related to the mechanisms and loci of action that cause acute and chronic responses in normal animal models of children and adults and those made susceptible by exposure to particles and ozone during development.
The San Joaquin Valley (SJV) was an ideal location to study the nexus of air pollutants and their health effects because its residents breathe some of the worst particulate air pollution in the country, community health effects are evident. Air-qualityrelated health indicators reflect the severity of the regions air quality problems; for example, asthma and cardiovascular disease rates are some of the highest in the country. The San Joaquin Valley routinely experiences some of the highest fine airborne particulate matter concentrations in the U.S., with fine and ultrafine particle concentrations that rival those found in Los Angeles. The American Lung Association reports that three of the four most polluted American cities are located in the SJV. Many of the air pollution source categories in the SJV are the same as in the rest of the country: transportation, wood smoke, refineries, and agriculture. The Valley also encompasses sharp gradientsconcentrations are higher in the south-central portion of the valley and significantly lower in the foothills and further north; there is a seasonal variation in the concentrations as well.
The AQRC at UC Davis has research investigations underway ranging from biological effects of air pollution to global climate research. The scientists on the AQRC team who worked on this project investigated pulmonary and cardiovascular biology and aerosol and atmospheric science, and worked together to examine urban and regional smog and its health effects. UC Davis has one of the largest concentrations of university faculty with air pollution expertise at any one campus in the U.S. with over 70 faculty members on campus involved in air quality research and affiliated with the AQRC at UC Davis.

All studies in the SAHERC were being undertaken within the primary theme of ambient particulate matter and resulting health effects in the San Joaquin Valley. Below is a chart outlining the relationship between the centers five projects. All five research projects were complementary and focused on the role of particulates in pulmonary and cardiovascular health effects. The research accomplishments for these studies are summarized in separate reports for each project.
In addition to accomplishments reported separately for each project, the administrative core supported a number of outreach programs to scientists and the community, as specified in the original proposal.
Conferences Sponsored by SAHERC
Atmospheric Chemical Mechanisms (Dec 2006, 2008 & 2010)
A biennial meeting held at UC Davis of more than 100 scientists and engineers worldwide to discuss cutting-edge research into chemical mechanisms in the atmosphere.
International Aerosol Modeling Algorithms (Dec 2007, 2009 & 2011)
A biennial meeting held at UC Davis more than 100 international scientists and engineers to share information about development of mathematical models of atmospheric photochemistry.
Aviation Environmental Impacts (March 2007 ~ 2011)
Breaking Barriers 07 / Flying Green 08 / Revolution in Aviation 09 / Ecoaerovision 10 / Boom! Blast! Boost! 11
An annual meeting held usually in southern California bringing together more than 200 international stakeholders from government, industry and research to discuss the environmental impacts of aviation and the formation of policy and technology to address these impacts.
Green Acres - Blue Skies (June 2008, 2009 & 2010)
A recurring conference bringing together the ag industry, regulators and researchers to discuss the latest findings, policy and mitigation technologies to address the emissions and control of air pollution from agricultural operations.
Governors Global Climate Summit (Nov 2010)
The AQRC was instrumental in assembling presentations of campus scientists on climate change and sharing recent research through a poster session for delegates. In addition we assembled the UC Davis exhibition highlighting climate change work on campus.
Air Pollution Impacts of Secondary Roadways and their Mitigation (Jan. 2008) Workshop on the topic of near road (mostly non-freeway) air pollution impacts and mitigation strategies to share new data being developed by several agencies along with important recent findings and their implications for planning.
Community Outreach Sponsored by SAHERC
Passport to Air Quality and Health: A program designed to bring junior high age girls to campus to learn about air quality, health and to engage them in science and math, while encouraging higher education by receiving mentorship from female faculty, post-docs and graduate students. We reached about 400 students with this program. 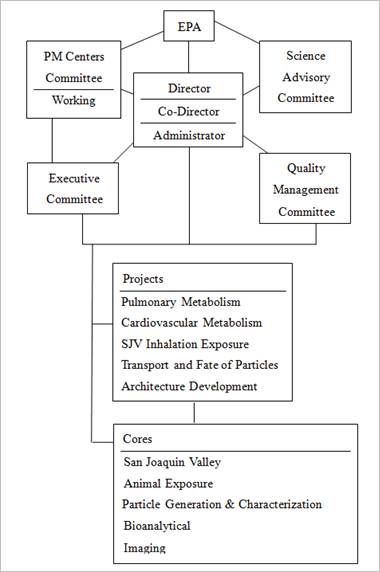