In the past three years,researchers have built a library of 61 FRCs from various sources. Usinga high throughput zebrafish toxicity model,ivestigators assessed the 61 FRCs by exposing embryos from 6-120 hours post-fertilization (hpf) to 11 concentrations (0.1 – 80 µM). At 24 and 120 hpf, 22 morphological endpoints were evaluated. Additionally, exposed embryos underwent 2 behavioral assays.Investigators selected a subset for genome-wide transcriptomics. The criteria used to select this subset was 1) the FRC stock was analyzed for purity and integrity soinvestigators were confident of its identity, 2) the FRC had a robust in vitro bioactivity profile, 3)researchers had conducted behavioral analysis from developmentally exposed adult zebrafish and 4) each of the various classes of FRCs had at least one representative. Embryos exposed from 6 – 48 hpf were exposed to a concentration that caused 80% effects (EC80) to 10 FRCs using RNA-sequencing technology (Table 1).

The EC80 was anchored to morphological changes for 3 FRCs (Triisobutyl phosphate [TiBP], Triisopropylated phenyl phosphate [IPP], and 3,3',5,5'-tetrabromobisphenol A [TBBPA]) that are classified as aryl phosphate ester and brominated phenols. There were 2 FRCs, Triphenyl phosphate [TPP], and Tris(2,3-dibromopropyl) phosphate [TDBPP] caused mortality in the embryos. Exposure to TDBPP caused the most statistically significant genes (p<0.05, log2 fold change > 1.5) in the embryonic zebrafish, 1534. When comparing the transcriptional profile of the top 30 significant genes of TDBPP to the 9 other FRCs, 3 other FRCs clustered nicely together – TiBP, IPP and TBBPA (Figure 1). 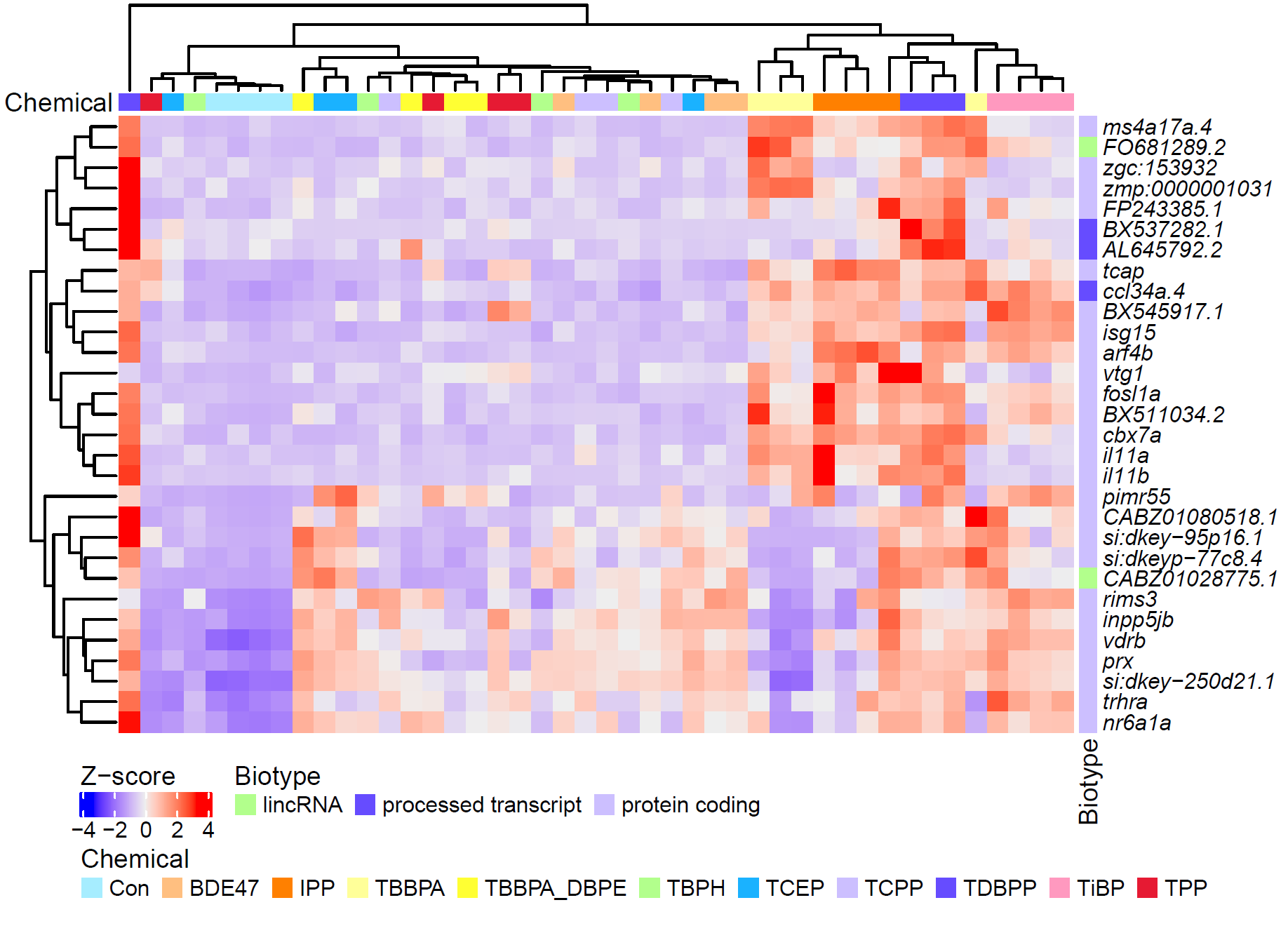 Interestingly, these 3 FRCs induced > 500 statistically significant genes (1060, 764, and 484). To investigate the role of these misregulated genes, a pathway analysis software, Metacore was applied to the gene lists. Enrichment analysis was conducted, and the most enriched network processes were related to inflammation complement system/ Jak-STAT pathway and neurophysiological process related to visual perception. 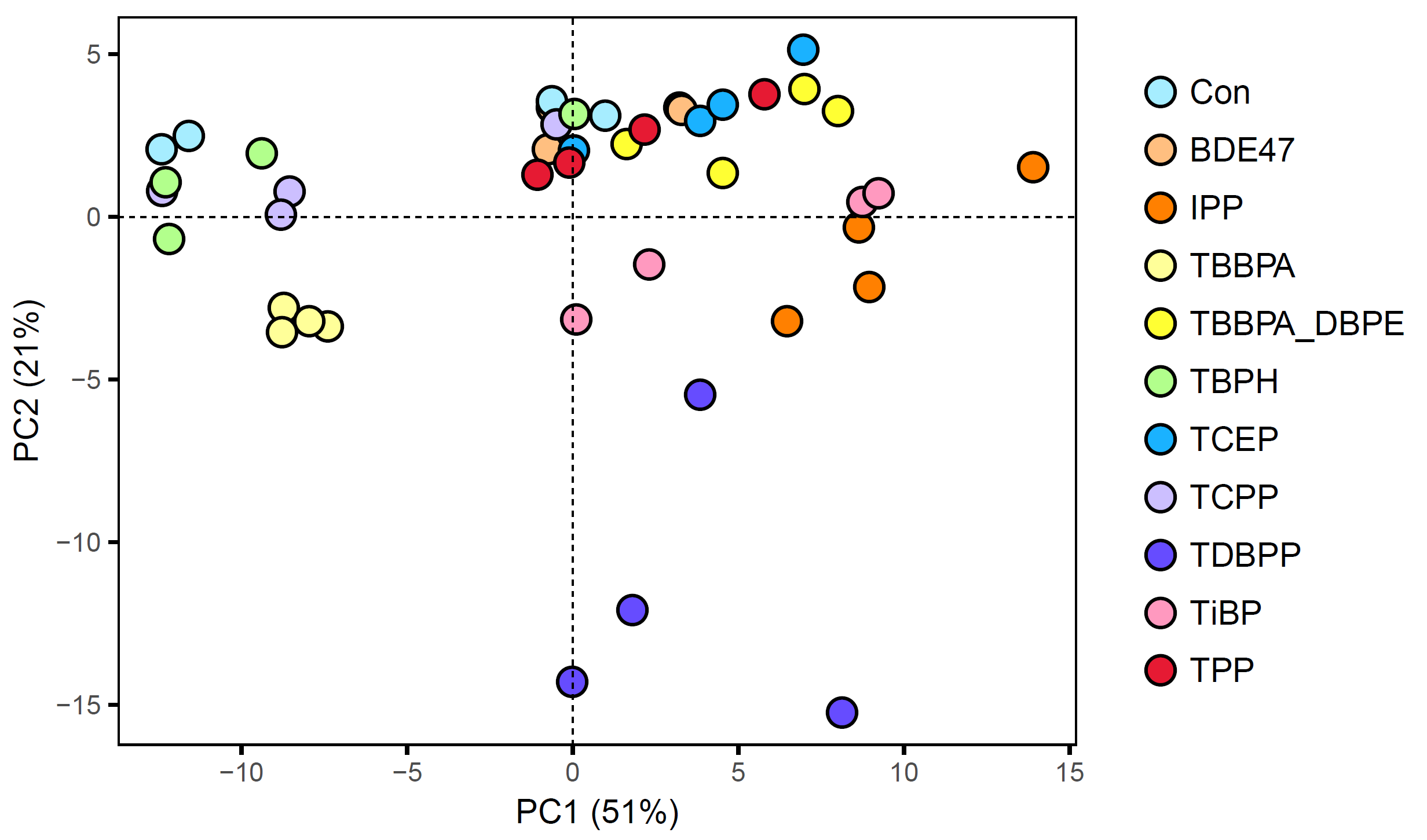 Figure 2. A PCA plot of top 100 genes based on gene variance (miRNA-seq)

Two FRCs (TBPH, and TCPP) grouped with the controls and were also the ones that did not cause any malformations or only at high concentrations. The number of differentially expressed mRNA genes was also low for these samples (<50). These results provide confidence that these FRCs were the least bioactive of the suite. The TDBPP samples were more variable and did not group with any other FRCs. This FRC induced the largest number of differentially expressed genes. The most misregulated micro-RNA was dre-miR-34a. This microRNA has a number of predicted target genes involved in nervous system and brain development, neuron differentiation, and neurogenesis (Figure 3). 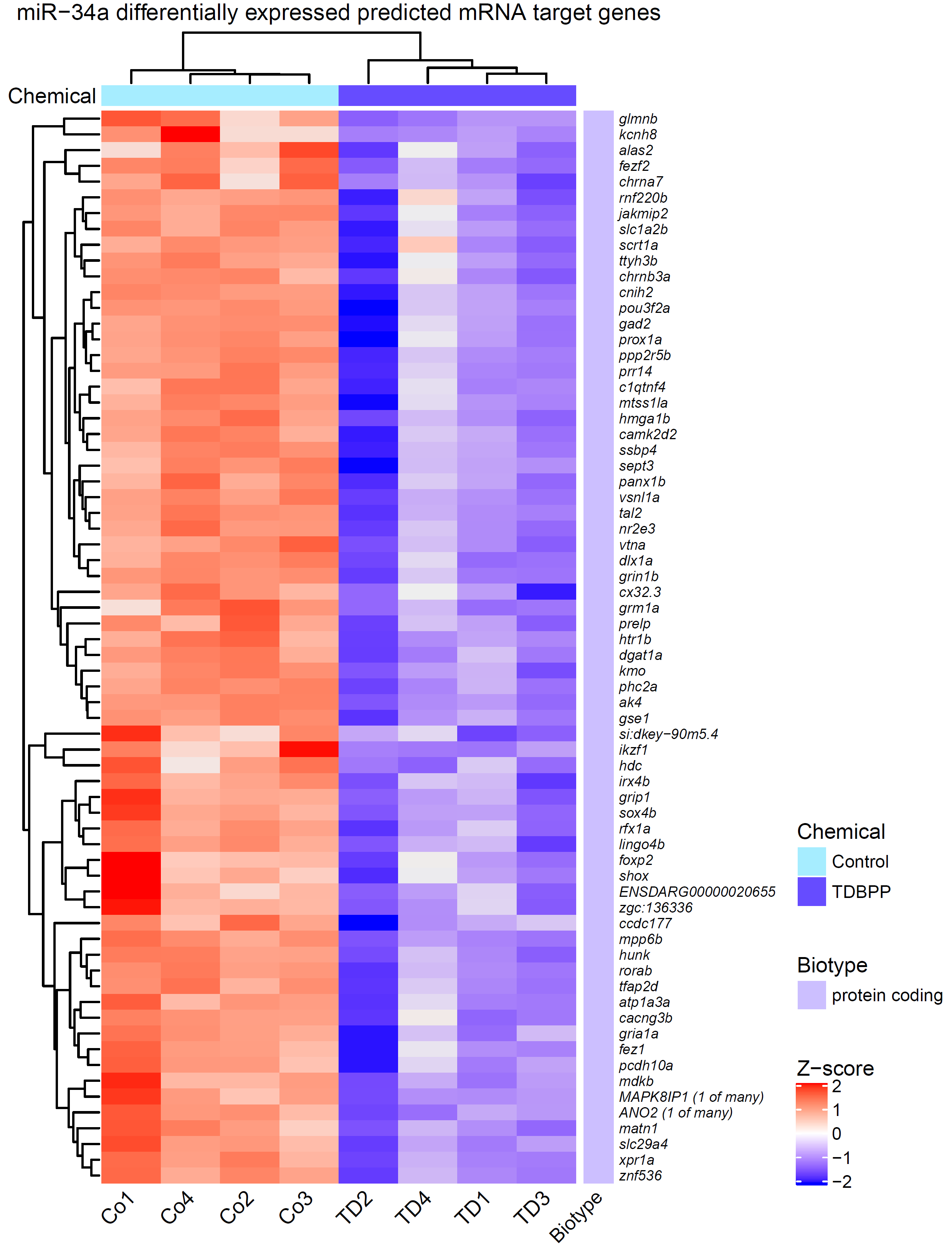 Evaluation of the bioactivity of TDBPP revealed morphological malformations at 120 hpf, also behavioral deficits were observed at 24hpf in response to the light pulses. Additionally, at 120 hpf, the exposed larvae did not exhibit the typical behavior response when alternating between light and dark cycles. A typical response is less activity in the light and more in the dark. These behavioral effects occur at higher TDBPP concentrations (less bioactivity), demonstrating the power of utilizing miRNA and mRNA transcriptional assessments to identify neurologically active FRCs. Researchersare on the path to identifying genes of interest and adverse outcome pathways related to the bioactive FRCs: TDBPP, TiBP, IPP and TBBPA.