The objective of this research project is to conduct chronic inhalation studies and studies with isolated perfused hearts tointensively evaluate acute and chronic cardiovascular and respiratory health effects of ultrafine particulate matter (PM) exposure in normal rats, aged rats, spontaneously hypertensive rats, and rats with induced myocardial infarctions. We will collect ultrafine particles (UFPs) for studies with isolated, perfused hearts and will expose rats to ambient UFPs in Riverside, California, a city with hourly average PM concentrations that range from about 30 to a peak of 655 µg/m3 during the July through October 2003 period, a time when photochemical activity in the atmosphere is high. The physical and chemical composition of the particles will be measured during the exposures. Rats’ electrocardiogram (ECG), blood pressure, and activity levels will be monitored and recorded during their exposures using implanted transducers and telemetry. Acute changes in blood pressure (BP), heart rate (HR), abnormal heart rhythms, heart rate variability, and ventilation rate will be examined on an hourly and daily basis and related to temporal variations in chemical and physical characteristics of the exposure atmosphere. Following the 30-day exposures, the hearts and lungs of these animals will be examined for chronic adverse physiological and pathological changes, and gene expression differences in the hearts of normal and susceptible models will be determined.

The first year of this project focused on acute effects in normal rats and rats with myocardial infarctions. We performed studies in vivo with rats exposed to concentrated ambient particles (CAPs) by inhalation, in vivo with rats whose cardiovascular systems were directly exposed to CAPs and suspensions of test aerosols without inhalation, and in vitro using excised hearts in a Langendorff system to examine the physiological effects of direct exposure to CAPs or preparations of test particles associated with ambient air. To test the hypothesis that ultrafine (< 0.15 μm) PM typical of polluted ambient air causes direct physiologic and pathologic damage (not involving the lung), we exposed normal and mycardially infarcted rats to ultrafine diesel particles and concentrated ultrafine ambient particles and to a UFP preparation of material from samples of National Institute of Standards and Technology (NIST) Urban Dust. The NIST sample was used to provide a consistent and well-characterized test sample of ambient pollution that can be used repeatedly to evaluate the stability of our preparations and comparability of our results.

For in vivo studies of the direct cardiovascular effects of PM, animals were anesthetized with intraperitoneal ketamine (75 mg/kg) and xylazine (5 mg/kg) and placed on a warming pad at 37°C. Three groups were tested: control group (n = 3), a group treated with UFPs from ambient air (n = 4), and a group treated with UFPs from diesel exhaust (n = 3). The left jugular vein and right carotid artery were cannulated with polyethylene tubing for continuous monitoring of hemodynamics (carotid) and infusion of the particles and contrast agent for angiographic analysis (jugular). Hemodynamic measurements (HR, BP, and ECG) were monitored continuously (AD Instruments, Houston, TX) throughout the duration of the study. After 1 hour of continuous monitoring, the animals were euthanized under deep anesthesia using KCl via the jugular vein. Infusion of UFPs from diesel generator (UFDG) exhaust prepared in our laboratory caused ventricular premature beats (VPBs) in two of three rats in vivo. These data are summarized in Tables 1, 2, and 3. UFAA (also prepared in our laboratory) in one rat resulted in death preceded by significant hypotension and complete heart block. Ejection fraction increased slightly (approximately 4.5%) in rats receiving UFAA and was unchanged in the UFDG and saline groups in vivo.

Table 1. Total Number of Arrhythmias In Vivo Before and After Infusion of UFPs Isolated From UFDG Exhaust and UFAA

Table 2. HR, Systolic BP (SBP) and Diastolic BP (DBP) In Vivo Before and After the Infusion of UFPs Isolated From UFDG Exhaust and UFAA

Table 3. LV Systolic and Diastolic Angiographic Volumes In Vivo Before and After the Infusion of UFPs Isolated From UFDG Exhaust and UFAA

For in vitro studies of the direct effects of the direct cardiovascular effects of PM, a separate cohort of animals was anesthetized with sodium pentobarbital (40mg/kg, i.p.) and a cardiectomy was performed. The hearts were attached to a Langendorff-perfusion apparatus (Radnoti Glass Technology, Monrovia, CA, and Glass Instruments, Pasadena, CA), cannulated through the aorta, and perfused retrogradely (constant pressure of 60 mmHg) with Krebs-Henseleit buffer containing (in mM): NaCl 122, KCl 4.75, CaCl2 2.54, MgSO4 1.19, KH2PO4 1.19, NaHCO3 21, and glucose 10 gassed with O2/CO2 (95/5%), pH 7.4. Water jackets surrounding the heart chamber, oxygenator, reservoirs, and tubings were maintained at 37ºC by a circulating water bath (model 2095, Forma Scientific, Marietta, OH). A collapsed balloon attached to a water-filled stainless-steel catheter was inserted into the left ventricle through the left atrium. The stainless-steel catheter was attached to a pressure transducer (AD Instruments, Colorado Springs, CO). Diastolic pressure was maintained between 8 and 12 mmHg by filling the balloon with water using a spindle syringe. The heart was paced at approximately 10 percent above the intrinsic HR and physiologic parameters were recorded (including HR, left ventricular end-systolic pressure [LVESP], left ventricular end-diastolic pressure [LVEDP], and ± dP/dt). Coronary flow was calculated by collection of the pulmonary artery effluent.

The results of the Langendorff studies are summarized in Tables 4 and 5. UFDG caused a marked increase in LVEDP. UFPs isolated from industrial diesel (UFID) PM, obtained from NIST, caused a significant decrease in LVESP and plus or minus dP/dt at 30 minutes after the start of infusion. This effect was absent when the soluble fraction ([SF] containing no particles) isolated from the UFID was studied.

Table 5. Hemodynamic Values Obtained at Baseline and 30 Minutes In Vitro in Paced Control Hearts and Hearts Perfused With UFPs Isolated From UFID and its SF-UFID

The effects of exposure to CAPs were examined using a geriatric rat model. The hypothesis tested was that free radicals produced by reactive organic and inorganic constituents of motor vehicle exhaust particles will induce injury to lung epithelium and changes in HR and BP in aged rats exposed to ultrafine and fine particles near a freeway. Ten rats aged 22 to 24 months were exposed 6 hours-per-day for 3 consecutive days to Fine + Ultrafine CAPs at a site approximately 50 m downwind of a heavily trafficked freeway. The average exposure concentration was about 300 µg/m3. Control rats (n = 10) were exposed to purified air. The rats were implanted with pressure transducers and transponders so that their BP and HR could be measured. Measurements were made before and after each exposure. The data in Figure 1 show the pre- to postexposure percent change in BP and HR, expressed relative to the controls, on each of the 3 days. There was a significant relative change in BP on the second and third days, which is consistent with previously reported data. HR was increased slightly but not significantly by PM exposure on all three days.

The rats were euthanized, and biochemical, cytological, and histological assays were performed. Blood was obtained in heparinized syringes, and the plasma was frozen for later analyses. The right cardiac lobe was ligated, removed, and snap-frozen for cytokine and mediator expression analysis. The remainder of the lung was lavaged. The lung tissue was fixed for morphometric analyses. Cell counts and cell differentials were made using hemocytometry. Bronchoalveolar lavage fluid was reserved for analysis of inflammatory cytokines (TNFα, IL-2, IL-6) and a proinflammatory arachidonic acid metabolite (LTB4). In addition, two Acute Phase proteins (C-reactive protein and serum amyloid A) will be measured in blood plasma. These proteins are associated with changes in cardiac rhythm, rate, and pressures. 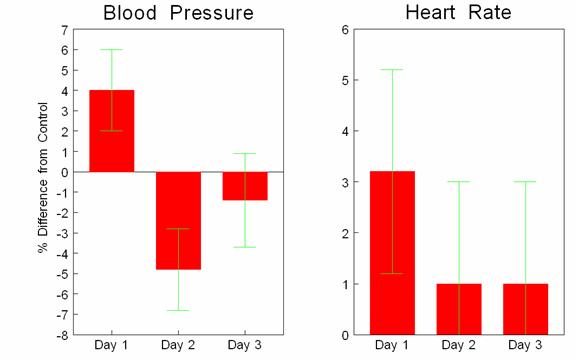 Figure 1. Changes in BP and HR After Exposure to CAPs in Geriatric Rats

The work initiated in Year 1 will be continued. The biochemical assays will be completed on the serum and tissues obtained from the rats exposed acutely to CAPs. The in vitro preparation will be used to contrast effects in excised hearts from young and old animals exposed to CAPs and NIST-characterized PM. The NIST material will provide a reference to assure that the characteristics of the procedures are constant and reproducible over the course of the work.

Rats have been delivered to our laboratory and will be implanted with Data Science International ECG monitors in preparation for studies of the acute and chronic effects of CAPs in a much polluted region of the South Coast Air Basin in southern California. As described in our proposal, the exposures will be done in the city of Riverside, and we expect that exposure concentrations will be quite high. Recent measurements of human exposures were made near our site using personal monitors. Peak hourly exposures exceeded 300 µg/m3 in a cohort of asthmatic children. We intend to expose young and geriatric rats for 30 days to CAPs or purified air and to measure HR, BP, arrhythmias, changes in lung histopathology, and biochemical markers of inflammation.