The objective of this report is to enhance the ability of public health decision-makers and medical care providers in the U.S. to evaluate the extent and nature of the vulnerability of communities to aeroallergens and to the impacts of climate variability and change on allergens and their associated illnesses. 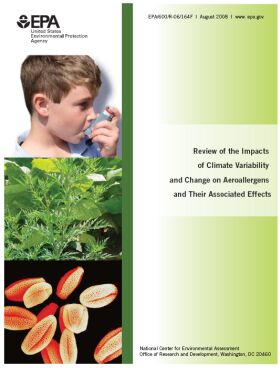